All Collections
Features & Tools
During the Event
Host Controls

A guide on how to focus and unfocus a screen, remove someone from the stage and toggle your camera off and on.

📌 Please Note: If you’re using the newest version of Crowdcast, check out our v2 support center. Interested in learning more about v2? Reach out to us here.

Hosts have access to a wide variety of tools during a live event to control what the audience sees. We refer to these as host controls. We also refer to what the audience sees as the stage. Anyone whose camera or screen share is visible is considered on-stage. Those that are brought up to the stage as a co-host or guest speaker will not have all the same controls as the main host of the event.

By default, anyone in the broadcast is on-stage. In the screenshot below, there are two people on-stage. 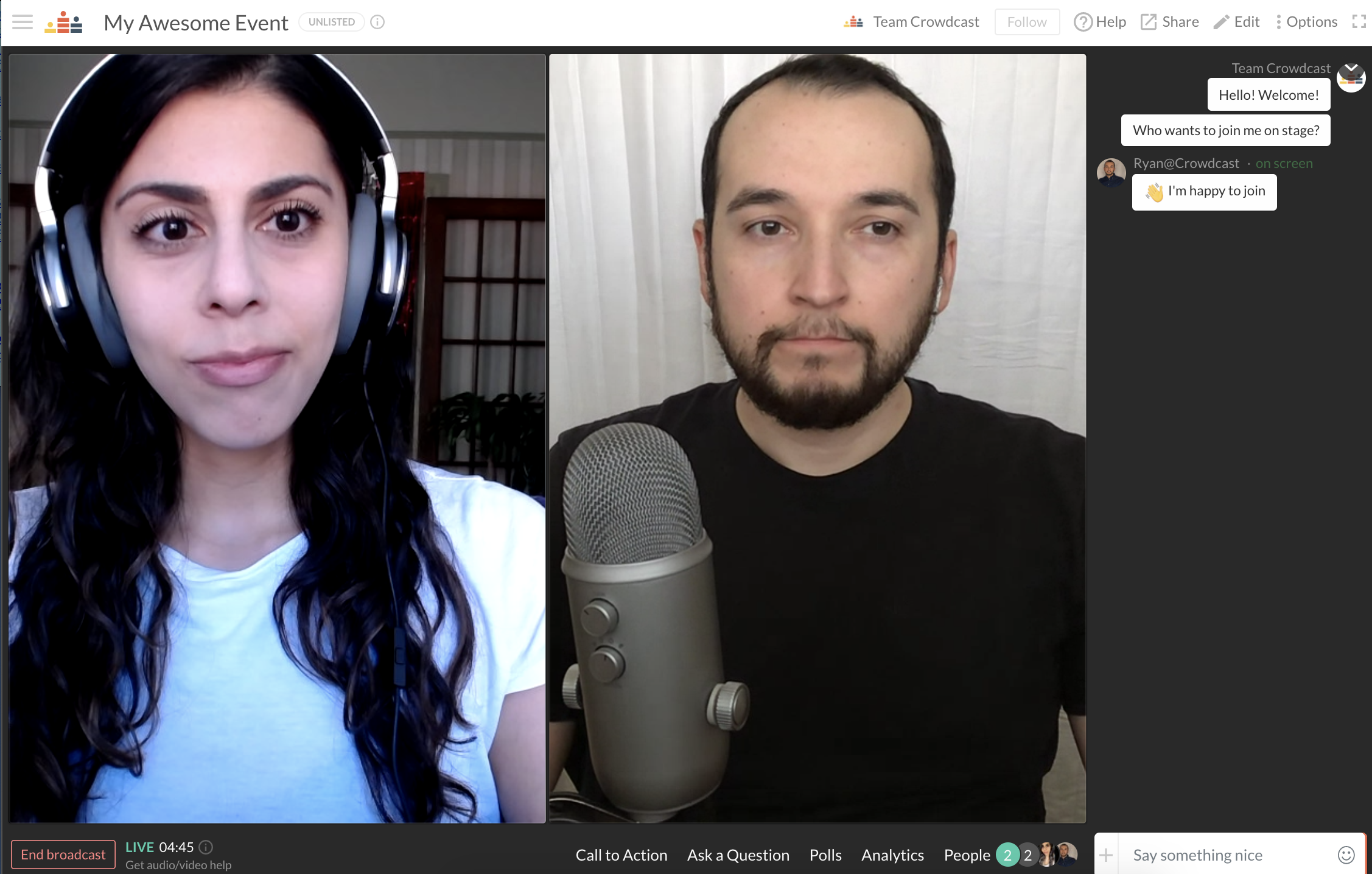 As a host, you can hover over another speaker's video to reveal more controls. Clicking on the "Focus screen" icon will minimize the others' streams to the bottom left corner of the video feed. 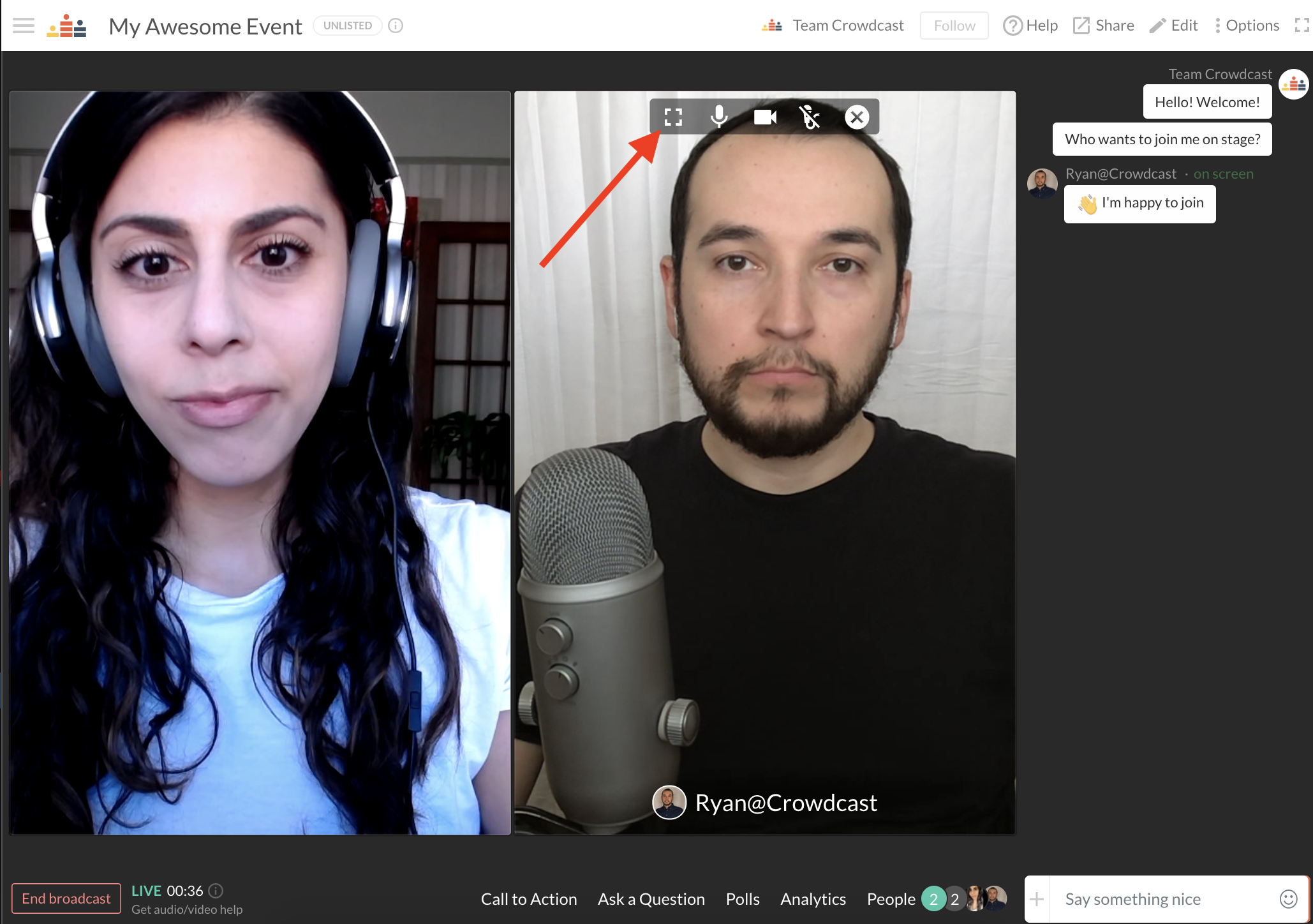 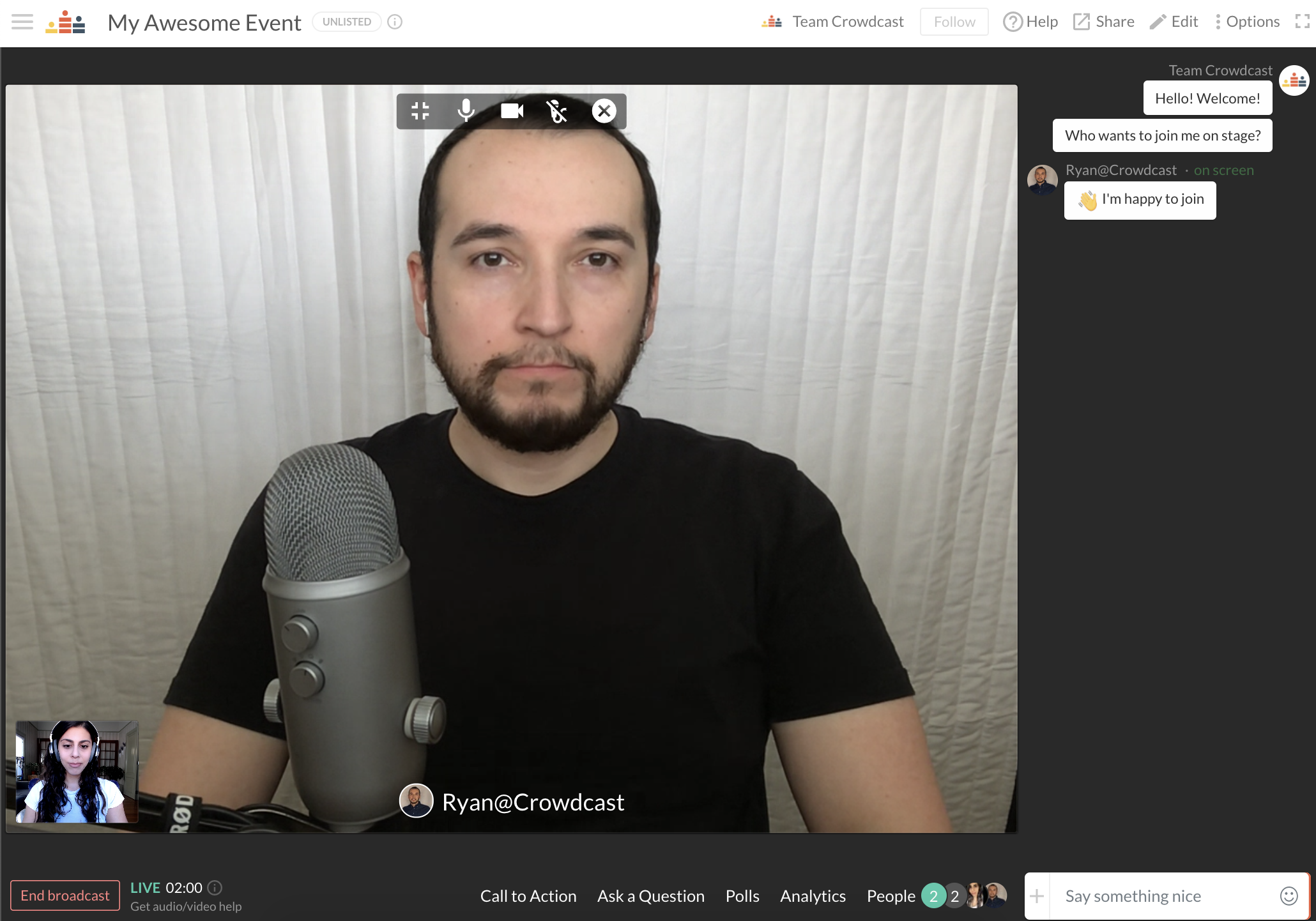 To unfocus a screen, simply click on the "Unfocus screen" icon. 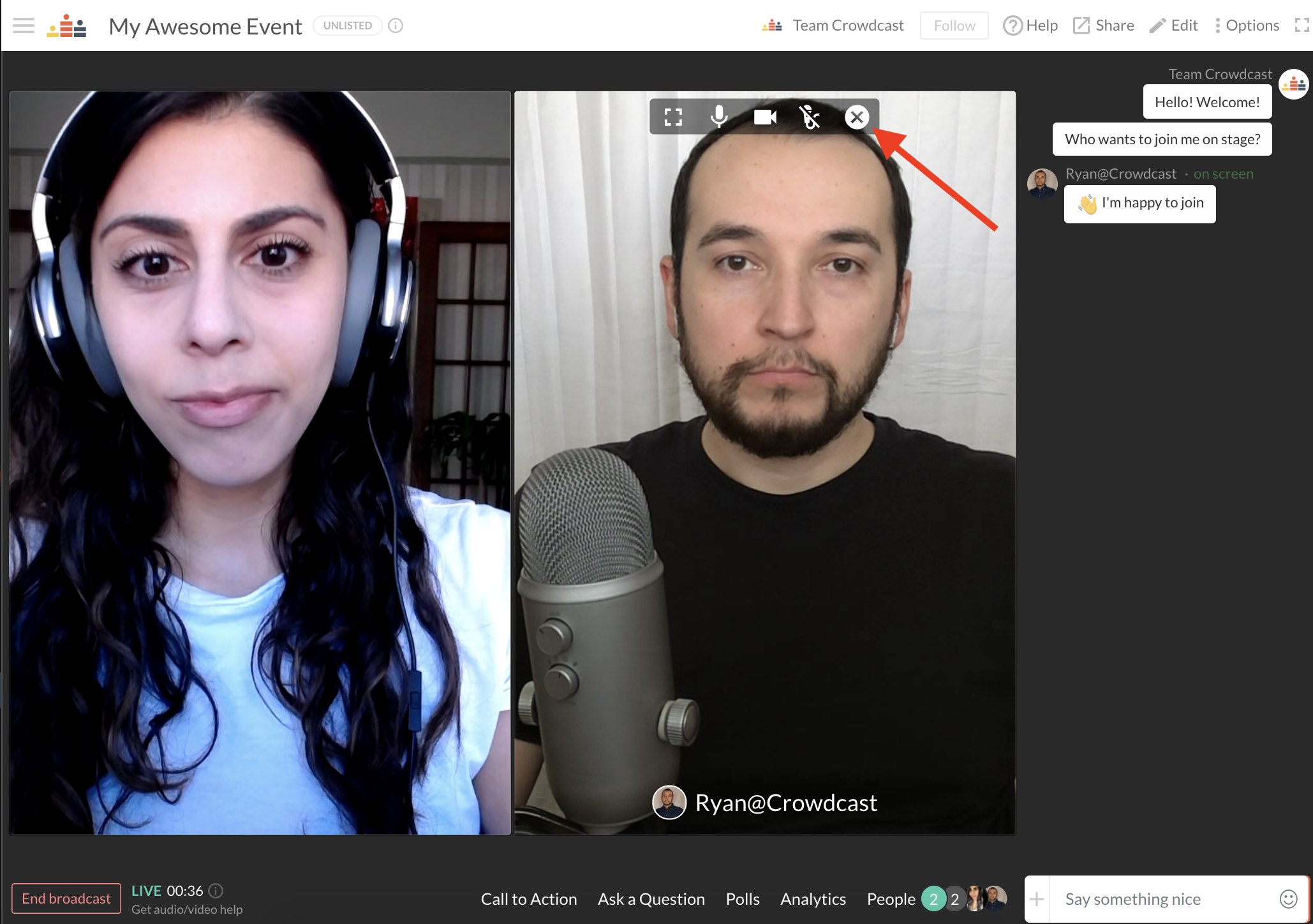 The "Toggle audio" and "Toggle video" icons respectively mute/unmute and turn a camera on/off. It is important to note that a video turned off will not appear in the recording. Each guest speaker has the ability to toggle their audio and video on their own stream. 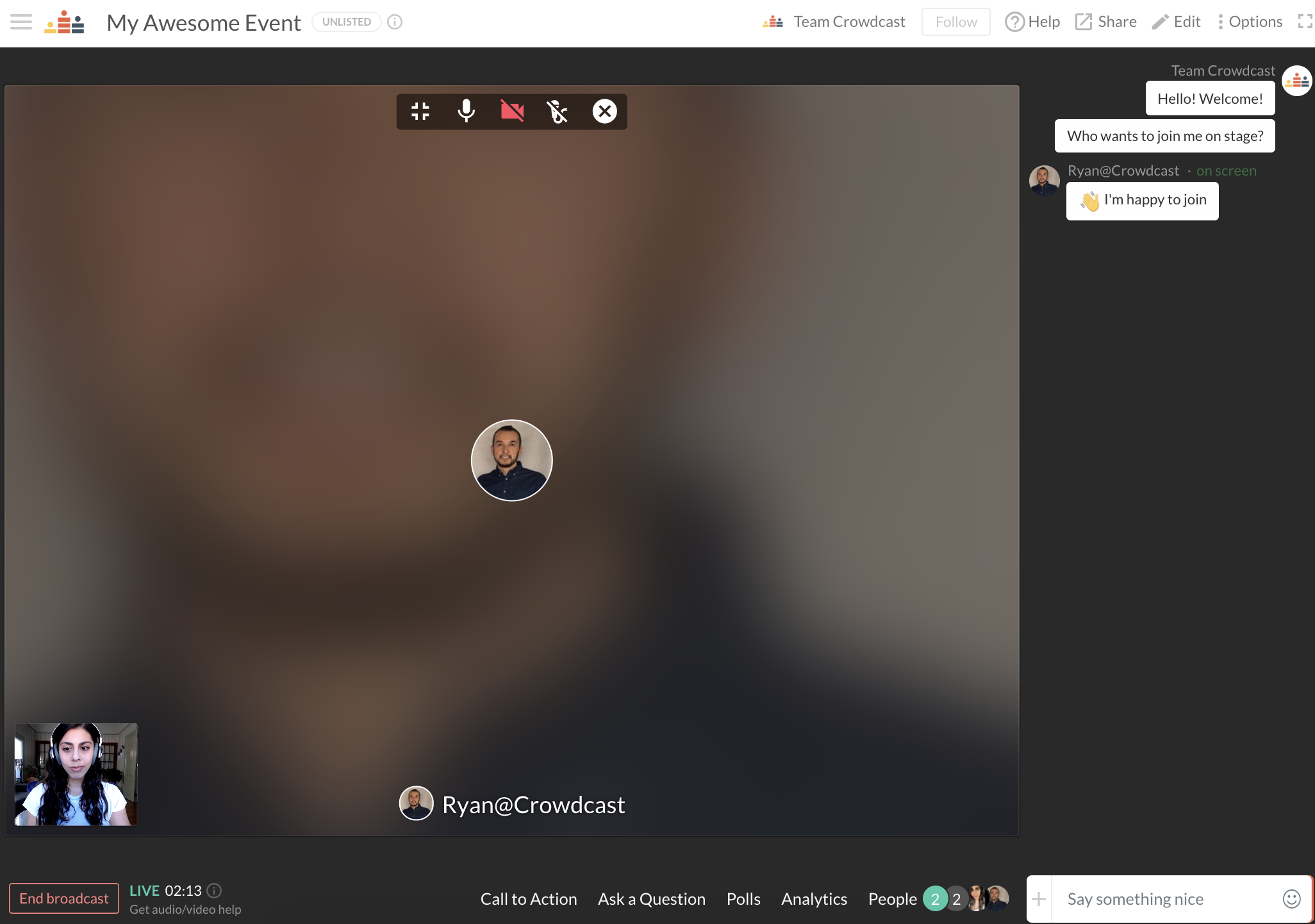 Have questions or suggestions? Email us at [email protected]. Happy Crowdcasting! 🎥