How to Remove or Ban an Attendee From an Event

Learn how to moderate the chat with these two features

During an event, you can remove or ban anyone who is not interacting with you or your community appropriately.

The difference between banning and removing an attendee 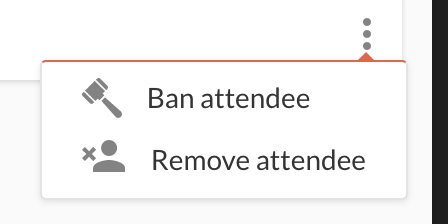 Ban attendee - When an attendee is banned, they remain in the event as a viewer. Banning them removes their ability to interact in the event (chat wall and the ask a question section). We never notified that they've been banned. From their end, it appears as if they are successfully interacting; however, their messages are not seen by anyone else in the event (including the host).

Remove attendee - This option will remove the attendee from that specific event. They can no longer watch or interact in the event unless they register for it again.

How to remove or ban an attendee from an event

An attendee can be banned from either the People tab or the chat wall. If you would like to remove them from the event, it will need to be done from the People tab.

When you click on the People tab, a list of those registered will be revealed. Locate the attendee you wish to ban or remove from the event and click on the 3 dots next to their name. 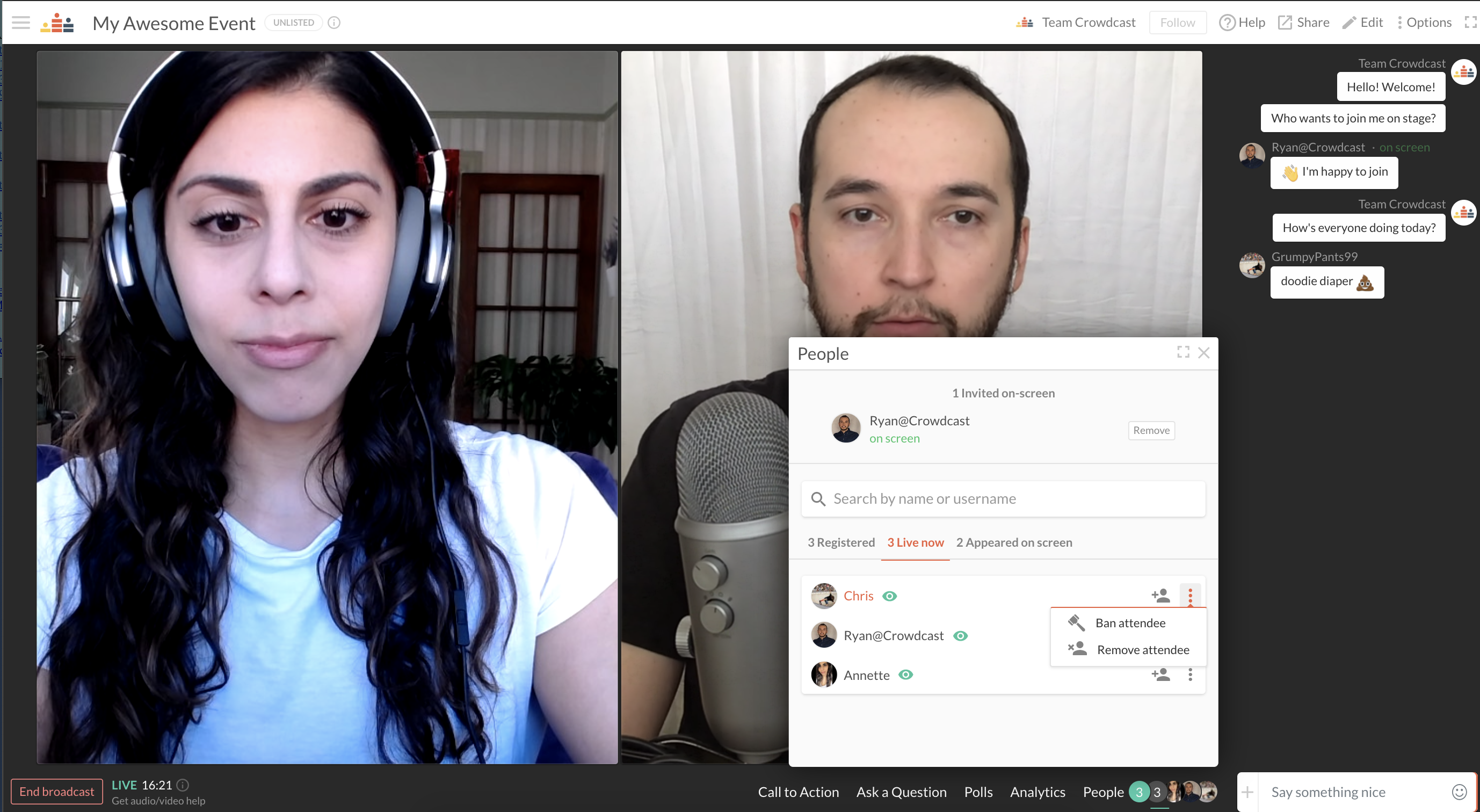 When you hover over a comment the attendee posted, several options will appear. Select the hammer icon to enable the ban feature. 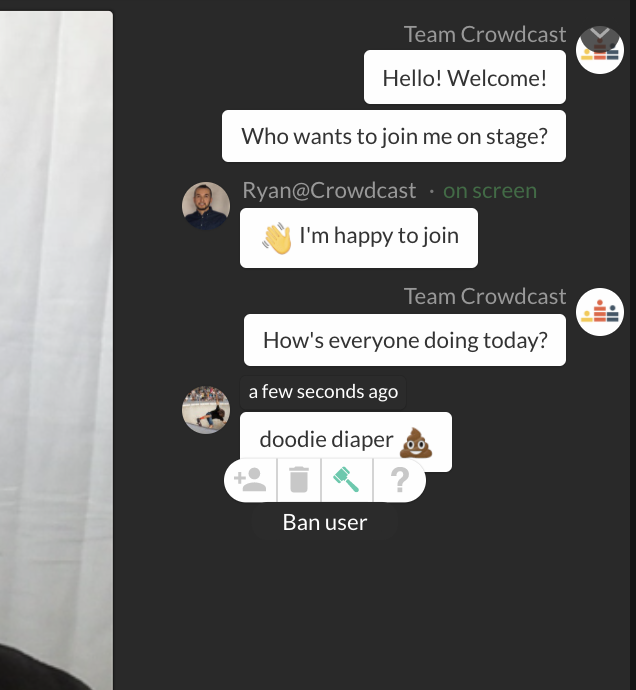 You'll receive a popup confirming that you want to ban or remove that attendee. 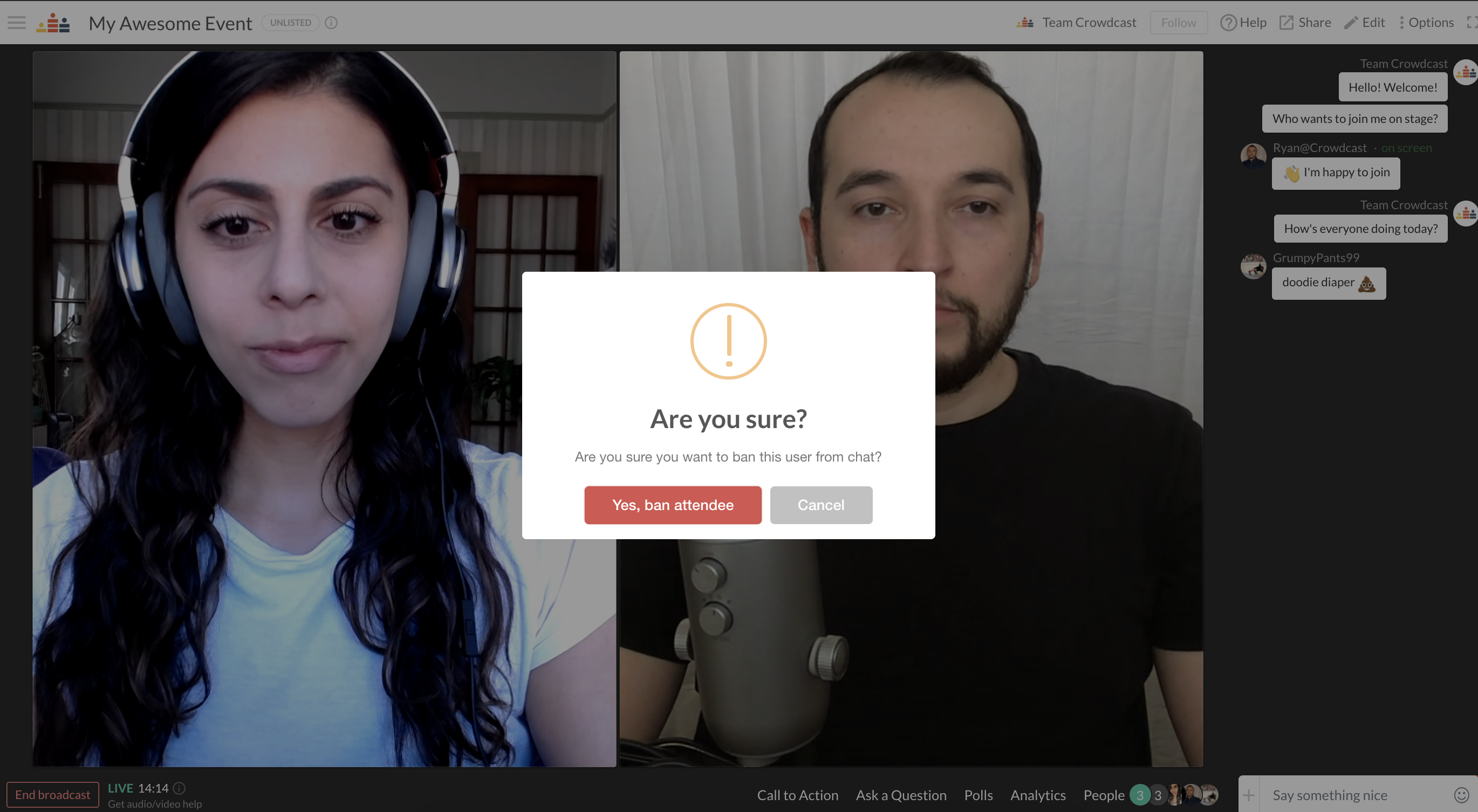 You can confirm that they've been banned, by opening the People tab and toggling over to the banned attendees portion 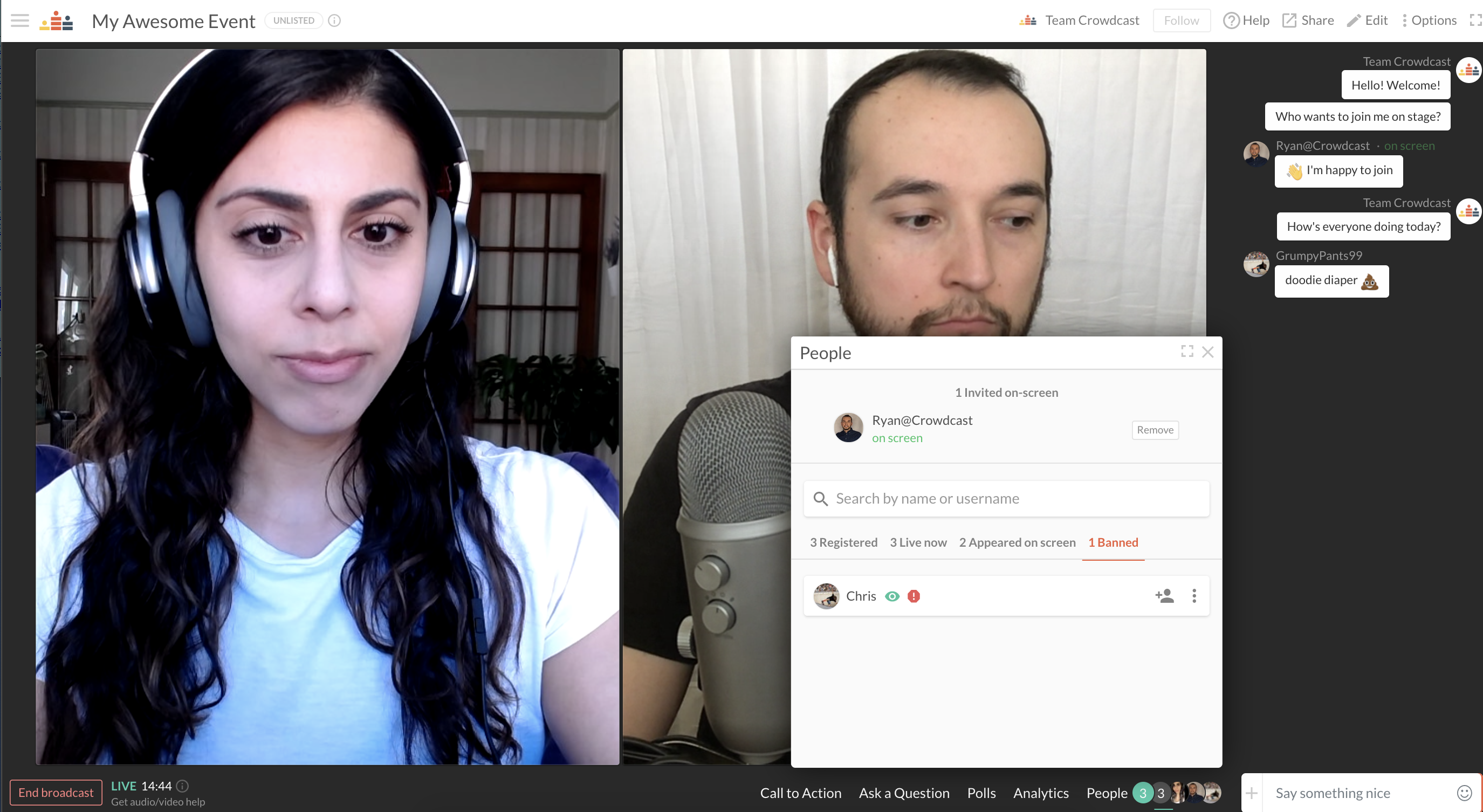 How to unban an attendee

Should you decide to unban an attendee, it can be done from the People tab or the chat wall following the same instructions listed above.